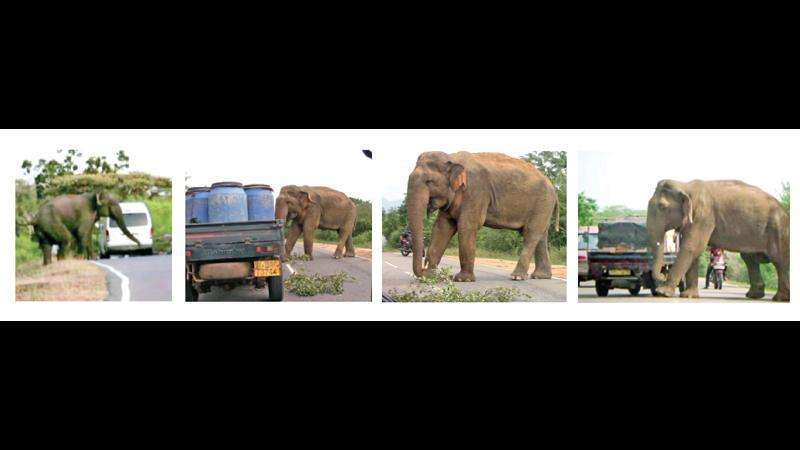 Wild elephants hunting for food are causing havoc on the Buttala Kataragama Road as they attack and cause heavy damages to vehicles on a daily basis. Pilgrims use this road to reach the Kataragama Dewalaya and many others use this road to travel to different parts of the Monaragala district.

Some six elephants are known to frequent this stretch of road since people have been providing fruits and other food items to them.

More than 10 vehicles use this road each day.

On July 29, the Esala Festival will be held at the Ruhunu Maha Kataragama Dewalaya and there is a serious threat to the lives of pilgrims who use this road even at night sometimes travelling in small hand tractors and are vulnerable to such attacks.

Uva Provincial Wildlife Assistant Director A.E. Deu Indrajith said that due to the existing fuel problem, it has been an uphill task for his officers to patrol the road and drive the elephants to the forest.

He said that the issue had been aggravated by people who continue to feed and throw sticks towards the elephants who are in search of food.

20 Views
Sharing With others