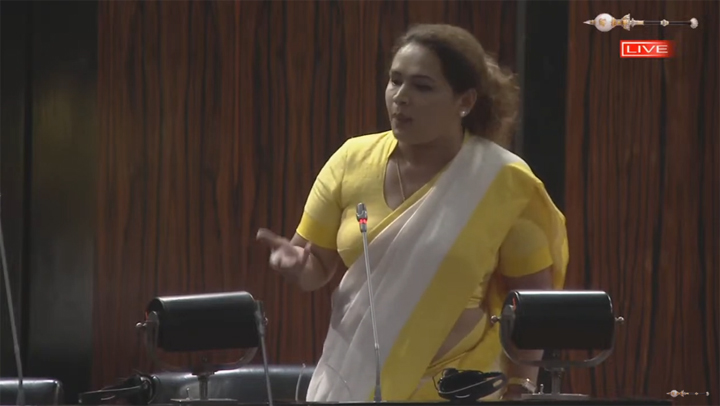 Sri Lanka’s government securities which were had yields of around 20-22 percent soared above 30 percent over concerns that they will be subjected to a second nominal haircut on top of a steep real loss of value.

“We have a better understanding how we can treat domestic debt, what are the classes of debt. But right now as our external debt restructuring process is not fully complete we are not in a position to announce, and to make clear what would be the treatment on domestic debt.

“I am convinced we can manage it much better. The uncertainty premium is way too high for me.”

Banking system stability will not be hurt by domestic debt re-structuring, he said.

About 2.5 trillion in domestic debt is owned by the central bank.

Sri Lanka’s government revenues have risen about 38 percent by August with inflation at 70 percent, offsetting the effect of domestic debt.

Governor Weerasinghe said government revenues were responding strongly to inflation and tax hikes despite a contracting economy in real terms.

According to Finance Ministry data Sri Lanka’s central government debt to GDP ratio rose from 101.3 percent in December 2021 to 127.2 percent in June with almost the entirety coming from foreign dollar debt, which expanded in rupee terms.

As the economy inflated, the rupee debt fell from an equivalent 50.5 billion dollars in December 2021 to 32.4 billion dollars by June 2022 despite the current deficit being financed mostly domestically. As a share of GDP it rose from 57.2 percent of projected GDP to 58.6 percent.

By August government revenues were up 38 percent in an automatic High Inflation and Financial Repression (IFR) correction.