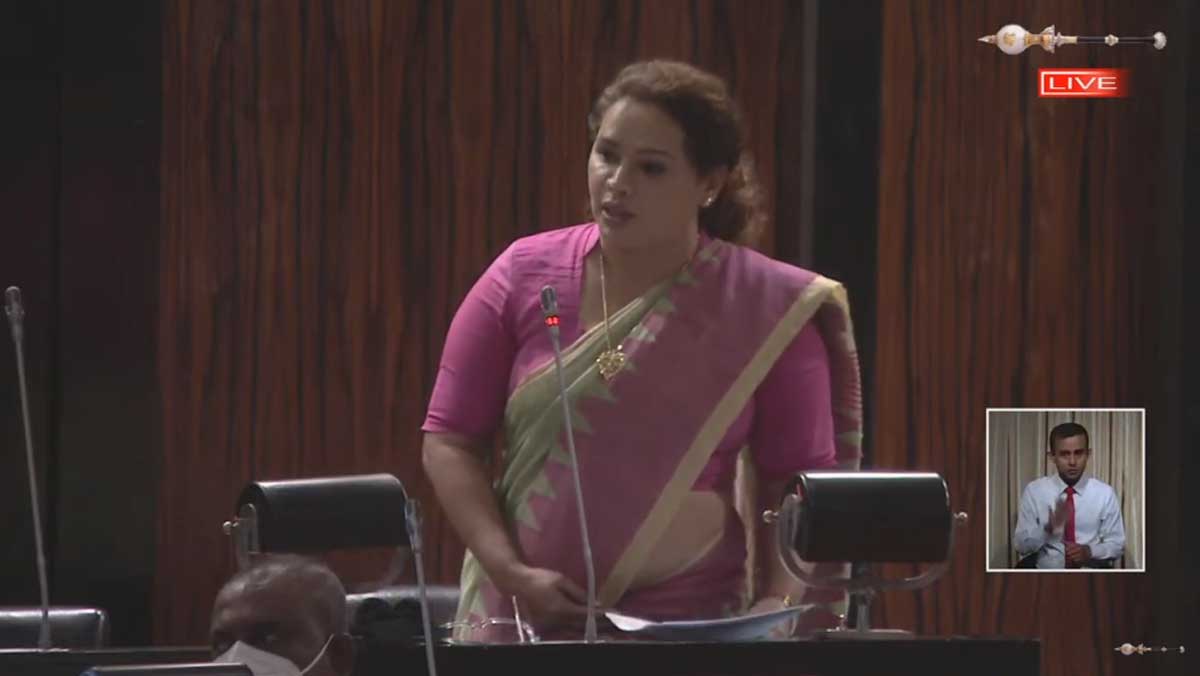 ECONOMYNEXT – A court travel ban on Sri Lanka state minister Diana Gamage will not bar her from going abroad as she has a diplomatic passport, the lawyer in a duel citizenship court case said.

Sri Lanka’s latest constitutional amendment has disqualified lawmakers of holding dual citizenship and the main opposition Samagi Jana Balawegaya has been pressing to oust such MPs with duel citizenship from the parliament in line with the latest amendment.

Parliamentarians says there are a number of lawmakers who have duel citizenship in the current parliament, but none of them have declared their details yet.

A complaint was filed against Gamage pertaining to her passport, birth certificate, and National Identity Card recently and based on the complaint the Colombo Chief Magistrate’s Court issued notice to the Criminal Investigations Department (CID) to submit facts on the investigations into the complaint.

The Colombo Chief Magistrate’s Court yesterday issued an order directing the Controller-General of Immigration and Emigration to prevent State Minister Diana Gamage from leaving the country until November 17, without court permission.

In a motion supported by an affidavit, the lawyers appearing for the aggrieved party convinced the court that Diana Gamage who had obtained a Sri Lankan passport after furnishing false information is planning to leave the country within the next few days.

The Court has ordered CID to expedite the investigation into a report of initial facts filed against Gamage regarding the complaint on declaring false information to the Controller General of Immigration and Emigration. The investigation comes after a complaint lodged by social activist Oshala Herath.

Attorney–At–Law Manju Sri Chandrasena, who appeared on behalf of the complainant said the SJB as a third party in the ongoing court case of Diana Gamage had filed a motion, with the recent information they have received of she using the British passport to fly abroad.

“Possibly, she can attend the meetings…. using her diplomatic passport,” Chandrasena said.

If proven, Gamage will be disqualified to be a Member of Parlkiament.

Former finance minister basil Rajapaksa also held duel citizenship, but he resigned from his MP post in June this year before the new amendment was passed last month.

Gamage, who was not reachable for comments, has rejected the allegations of any wrongdoing.

In a recent press briefing, she said: “This is my country. This is where my father was born. This is where I am going to die. This country has never allowed for people to serve and work for the country. I cannot be stopped by these allegations.” (Colombo/Nov12/2022)