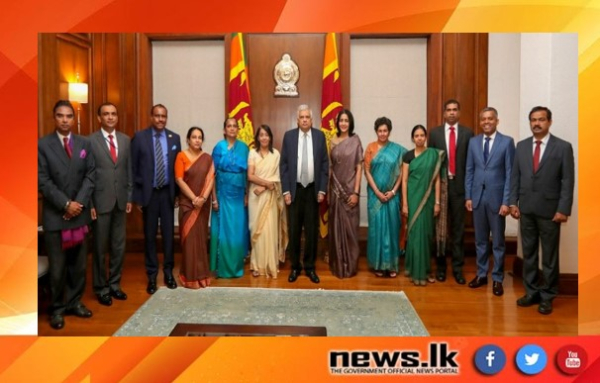 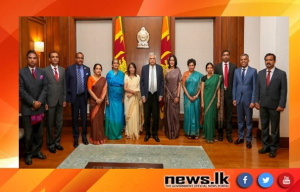 President Ranil Wickremesinghe stressed the need of a good foreign service which will be able to forge broader relations with many countries while safeguarding the sovereignty of Sri Lanka. Therefore, the prime objective is to draft new foreign policy and secondly making friends. There will be economic plans as well as the security objectives and the climate change objectives that the country has to fulfil. This will depend on how the newly appointed Heads of Missions perform.

However, the President emphasized that the most important objective is to build on the contacts within the respective country and to safeguard the rights of Sri Lankans overseas and also help the diaspora but not to get involved in the politics of the Sri Lankan diaspora. The President also mentioned that Sri Lanka will have a Sri Lankan Diaspora Office to deal with the political issues that the diaspora has and they can be addressed by the new office.

President Wickremesinghe made these remarks while instructing the ten newly appointed Sri Lankan Ambassadors and a High Commissioner who paid a courtesy call on the President at the Presidential Secretariat prior to leaving for their missions, January (04).

Furthermore, the President said that the Foreign Ministry is currently formulating a draft of Sri Lanka’s Foreign Policy and Foreign Service for 2030 which is expected to get the approval from the Cabinet and the Parliament.

President Wickremesinghe said the Department of Commerce will be replaced by an International Trade office since a lot of work in many areas pertains to trade that will benefit the economy. Therefore, an International Trade Office will be an important part of this. The President also emphasized the need to strengthen the relationship between the respective countries and expand trade, investment, tourism, economic, political, security, agriculture, employment opportunities, labour, skilled migration, education and marine issues.