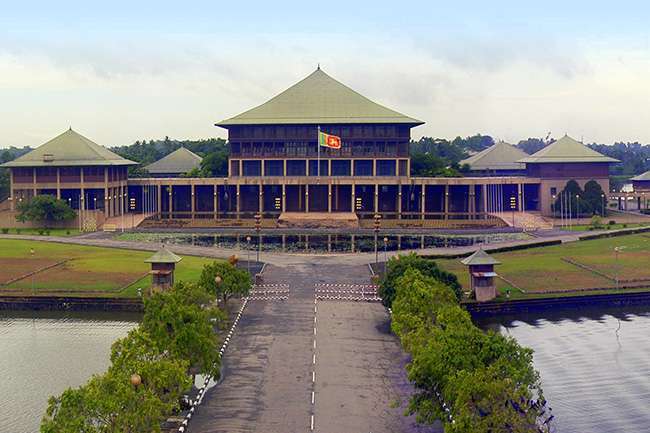 Accordingly, Acting President and Prime Minister Ranil Wickremesinghe, SLPP MP Dullas Alahapperuma and NPP leader Anura Kumara Dissanayake, whose names were proposed yesterday when the nominations were called in the parliament, will face off in the vote.

Meanwhile, Speaker of Parliament Mahinda Yapa Abeywardena has sought the support of all parties to make the parliamentary vote to appoint a successor president, a success.

He made these remarks at the Committee on Parliamentary Business yesterday (19).

The Speaker added that he expects the support of all parties to successfully complete the election to be held today (20) in accordance with the relevant rules. He urged them to respect democracy and to help successfully conduct the process of selecting the successor president within the relevant legal framework.

Speaker Mahinda Yapa Abeywardena has also advised not to bring mobile phones into the House when the election is in progress.

Secretary-General of Parliament Dhammika Dasanayake, who is the Returning Officer of the secret ballot today, said that before the commencement of the poll, all necessary guidelines will be informed to the Members of Parliament as per the Presidential Elections (Special Provisions) Act No. 2 of 1981.

It was also decided that the Parliament will meet on the 27th Wednesday, and to submit the emergency proclamation announced by the Acting President under the Public Security Act for approval on that day.

Watch the live broadcast of today’s parliamentary proceedings below:

22 Views
Sharing With others