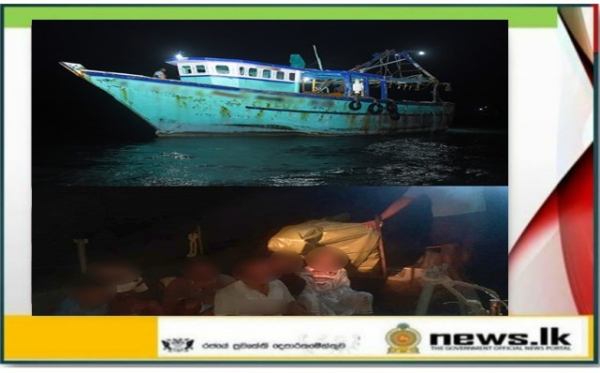 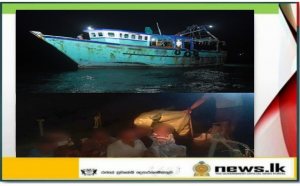 Sri Lanka Navy on the night of 27th August 2022 conducted a special operation to chase away Indian trawlers poaching in the island’s waters. The operation led to the seizure of an Indian trawler with 06 Indian fishermen, while poaching in Sri Lanka’s waters off Talaimannar, via the International Maritime Boundary Line (IMBL).

The Navy continues to carry out regular patrols in the island’s waters to prevent illegal fishing practices by foreign fishermen, with a view to curbing its impact on the local fishing community as well as the damage it causes to the marine environment of the country.

In this special operation mounted by the North Central Naval Command to chase away Indian trawlers poaching in Sri Lanka’s waters, via the IMBL, the apprehension was made by the Fast Attack Craft attached to the Northern Naval Command on 27th August. In this operation, the Navy seized an Indian poaching trawler remaining off Talaimannar, with 06 Indian fishermen and their fishing gears.

The Indian trawler and 06 Indian fishermen held by the Navy are in naval custody in Talaimannar as of now and they will be handed over to the Fisheries Inspector of Mannar for onward legal action.
In a similar operation conducted on 22nd August, the Navy held an Indian poaching trawler with 10 Indian fishers off Mannar and produced them for legal proceedings
Meanwhile, the Sri Lanka Navy continues to carry out regular operations to protect the country’s fishery resources and livelihood of the local fishing community.