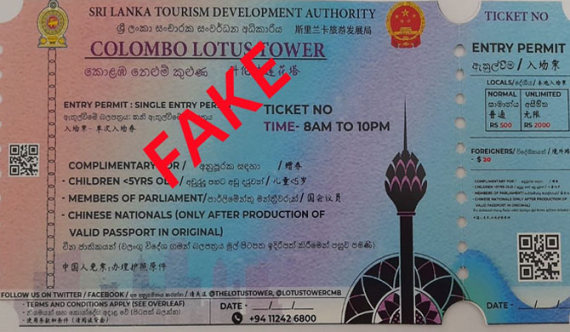 The Chinese embassy has clarified that the image of an entry ticket to the Lotus Tower in Colombo that is making rounds on social media, is fake.

The embassy urges the public to verify facts before retweeting.

The fake and authentic tickets are shown below : 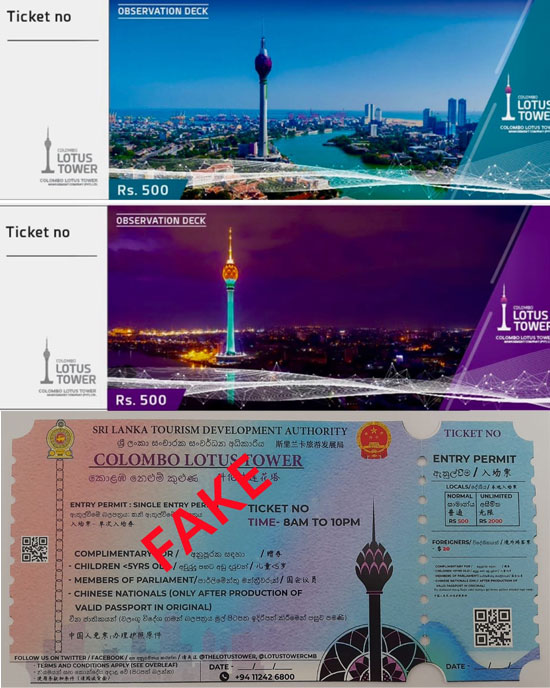 The Lotus Tower, dubbed as South Asia’s tallest structure, is to open its doors to the public tomorrow (15).

Speaking to the media earlier this week, Deputy Secretary to the Treasury and Chairman of the Lotus Tower Management Company (Pvt.) Ltd. – Mr. R.M.P. Ratnayake said that after the business activities at the tower are initiated on Sep. 15, the tower will be opened to the public later in the same day after 2.00pm under the first stage. 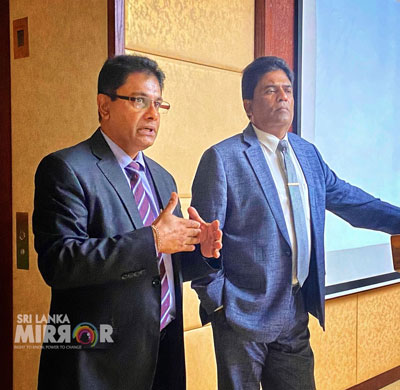 The company further noted that more than US$14 million (US$14,695,138.44 million) including interest remains to be paid to the Exim Bank.