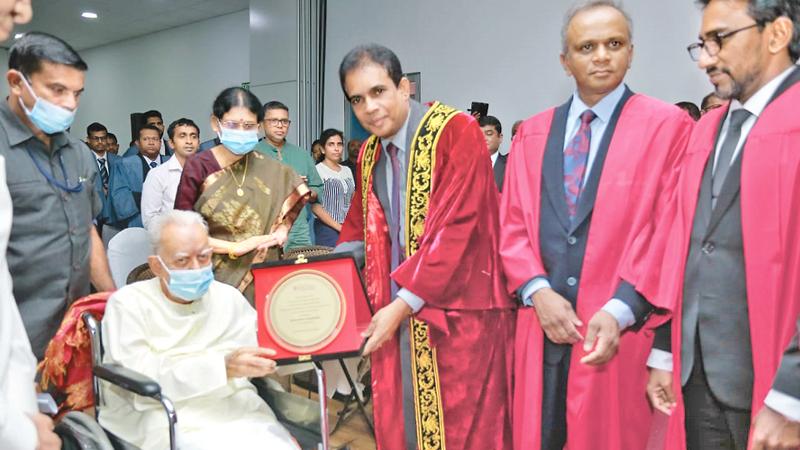 Leader of the Tamil National Alliance (TNA) and former Opposition Leader R. Sampanthan was awarded the Gold Award for Democracy by the Institute of Politics. He received the once-in-a-lifetime award given to a senior political leader committed to uphold democracy in the country. The Tamil society never undermines their elderly politicians by making derogatory remarks against them. Despite Sampanthan’s age and maturity, the Tamil society never forgets to continuously elect him to Parliament due to him raising his voice on behalf of his people without resorting to any form of violence. The Gold Award presented to Sampanthan as an honour bestowed on a veteran and mature political leader for his unswerving services to the Tamil community looks like a slap made on hypocrites who act in an ungrateful manner by forgetting the past. Sampanthan who was born on February 5, 1933 is 89 years old.