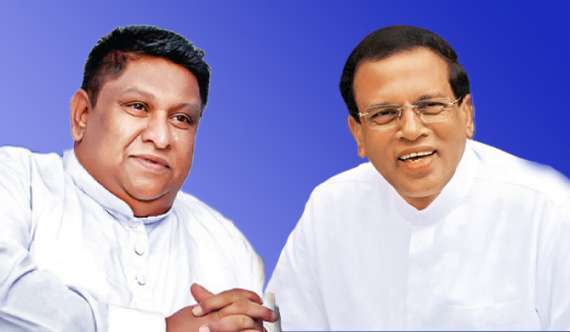 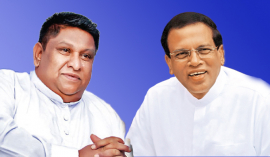 Sri Lanka Freedom Party Parliamentarian Chamara Sampath Dasanayake pledged to resign from his position as a Member of Parliament if the allegation that members of Parliament are sold for money is proven.

He also said that as a representative elected by the people, he will use his vote in the election of the president.

He said this while speaking to the media today (17.

Meanwhile, former president and SLFP Leader Maithripala Sirisena said yesterday (16) that the Sri Lanka Freedom Party had decided not to use its vote for any presidential candidate.

Further he said that by now a situation has arisen where millions of rupees are being offered to MPs for their vote.

Question – Are you refraining from voting out of fear?

No. If other parties can vote why should only our party refrain? We can’t slip away from this situation as the people have voted for us as we cannot slip away from our responsibility. Some may use the technique of slipping away and not voting, but we will use our vote democratically. The people of Badulla elected me and sent me to parliament and I will fulfill my responsibility by voting to select a president.”

Question – Maithripala Sirisena alleges that parliamentarians are being sold for money. Have you been bought too?

“I believe he is a good leader and he is the President of the SLFP. If anyone can prove that anyone is being sold for money, I will resign. But I say to him, if he has said so, he will have to resign from the SLFP and his parliament seat. If he makes such an allegation, then he must prove it and reveal who is being bought for money and which candidate is paying the money to buy these parliamentarians. Is he saying that Ranil Wickremesinghe is buying votes for money? Let alone him buying votes, his house has been burnt down and we will have to give him money.”

27 Views
Sharing With others