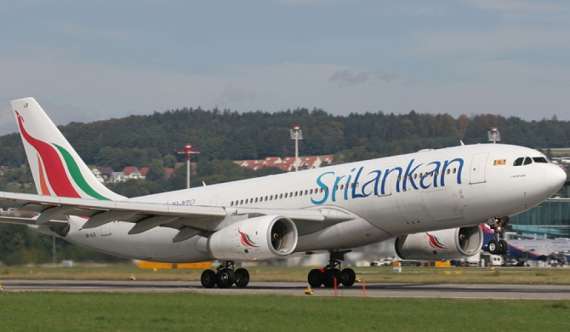 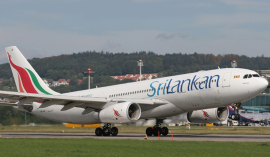 Faced with vistas of bankruptcy and hunger, 32 Sri Lankans boarded a flight every hour, every day, the numbers having more than quadrupled in the first 181 days of this year, external sector data from the Central Bank have revealed.

This is apart from the number fleeing illegally by sea either to southern India or Australia. On Friday, the Australian Border  Force repatriated 46 Sri Lankans who tried to enter that country illegally bringing the total number so repatriated to 183 since May this year.

Women and men securing foreign jobs have more than quadrupled this year, despite risks of physical abuse, exploitation, long work hours, human rights violations, salary non-payment or under-payment, and even death and disability.

The Central Bank data show that in the six months to June this year, every day, more than 777 Sri Lankans, mostly from the provinces, packed a bag and left.

In all, 140,701 Sri Lankans left to earn a meagre living for their loved ones and the country, just as they had done for 46 years since 1976 in the wake of the 5th Non-Aligned Conference, when jobs became available in West Asia.

Data from 1978 show that nearly half went to take up construction jobs. From 1986, thousands of women began to leave as domestic helpers.

Most Sri Lankans are now leaving by themselves without the intervention of the Sri Lanka Bureau of Foreign Employment, or job agents. The SLBFE’s Workers Welfare Fund, for one, is not transparent and has also caught the attention of UN inquiries.

From January to June this year, Sri Lankans who left are more than four times that in the same period of 2021 when 30,757 boarded flights, and even exceeds the 117,952 who left during all of last year, when the country began to unravel.

In 2009, Sri Lanka officially became a labour exporter by approving a national policy. That year, more than 247,00 left.

In 2021, more professionals began to leave. Some even left for Ethiopia, Sudan, Rwanda, Kurdistan, and Mozambique.

In 2020, amid the pandemic, the SLBFE paid out a mere Rs 3.2 million in funeral expenses for 114 Sri Lankan overseas workers who died. For child protection, SLBFE spent Rs 63,000, but splurged Rs 1.38 billion on salaries and benefits.

A Sri Lankan who becomes disabled could get a maximum Rs 400,000.

In 2019, the SLBFE spent Rs. 800 million to maintain officials in embassies abroad.

In the six month to June, Sri Lankans overseas sent in US$ 1.61 billion (Rs 576.02 billion). In 2009, the year the northern insurgency ended, Sri Lanka got Rs 383b in comparison, contributing 47% of the foreign exchange earnings in a period following the global financial crisis.

The CBSL data show that in June this year, overseas workers contributed US$ 274 million to the national coffers.